Making it easy to make the switch 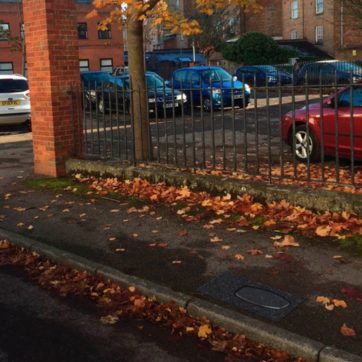 A significant barrier to the adoption of electric vehicles (EVs) is a lack of charging infrastructure. Approximately 11.6 million UK homes rely on street parking, where it’s difficult to install chargers. Apart from the obvious logistics of digging up the road, councils and landlords face challenges from residents who rail against (often ugly) chargers cluttering things up. They worry as much about limiting parking (a very emotive issue in the UK) as the need for expensive grid reinforcements.

Urban Electric has developed a smart EV charger that responds to all those challenges. It can be attached to existing low-voltage cabling infrastructure and lives underground when not in use. A £600,000 trial with Innovate UK and Oxford City Council on a residential street in Oxford looks set to prove the case for shared EV charging, and act as a lever of change in the transition to widespread EV adoption/ use.

Approximately 43 per cent of UK households, or 11.6 million homes[1], will find it difficult to make the switch to an electric vehicle (EV) because they can’t charge their cars on the streets where they live.

Traditional EV charging points can be ugly, clutter up the street and or need expensive grid reinforcement. Quite often, they command their own bays (in places) where space is a premium.

This is a great shame. Electric vehicles (EVs) emit zero carbon and can be cheaper to run and maintain than cars or bikes with a traditional combustion engine. And the UK government has committed to phase out the production of new petrol and diesel cars by 2040, which makes the case for accommodating EVs even stronger.

The idea for Urban Electric came from conversations on the London street where co-founder Oli Freeling-Wilkinson lives. People were curious and willing to try EVs but the lack of charging infrastructure around the homes, which don’t have driveways or allocated parking, put them off. Research proved this to be a nationwide challenge.

Oli canvased opinion from local and central government, asking: “Why aren’t we seeing more charge points?” Feedback came that people didn’t like the look of them, or clutter on the street. One official said: “Pedestrian friendly doesn’t mix with extra infrastructure.”

“Urban Electric is about creating a charging infrastructure that doesn’t negatively impact urban space,” says Oli. “We came up with the idea of a pop-up. Why not install a charging point in the ground?

“It turns out that it can’t be at ground-level as there are laws about how high plugs must be in public places. There’s also the issue of inclusivity – you want chargers to be accessible for every driver regardless of any physical restriction. We’ve made our charger, UEone, a sensible height and it retracts underground when not in use.

It’s the first (charger) to be operated by an app. You pop in your plug and away you go.”

UEone charges at up to 7.0kW, which is fast enough for the latest generation of (bigger) batteries. People can be confident they’ll wake up to a fully charged vehicle if they plug it in overnight. And whole streets can be electrified at a time thanks to its smart charging, which makes the most of renewable energy and flexible tariffs to reduce excess strain on the grid and stay economical.

In June 2019 the start-up will partner with Oxford City Council on an 18-month, £600,000 trial on a residential street in Oxford. It’s the winning idea of an Innovate UK infrastructure competition that furthers the start-up’s research into ‘problem owners’ – in this case, a local council keen to decarbonise transport.

Six UEones will be installed over [distance], spaced out by a car or so. Co-wheels, a car club, will supply an EV for the trial so residents can test a full EV experience.  Behavioural studies reveal that people are positive about the concept but fearful about parking. “It’s an emotive subject,” says Oli. “Understanding it will put us in a strong position to roll the infrastructure out further.

“Making things easy for people is key. Feedback says they expect to be able to charge an EV as easily as they can fill up a car with petrol – ie, one pump fits all. We’re also designing the installation process to be flexible so that chargers update as technology changes. It’s a key point to make to local authorities, that we make the process of upgrading infrastructure as easy as possible.”

It’s early days to quantify the impact Urban Electric will have on the UK’s transition to EV. However, the future looks positive. “One thing that’s come out from the studies is how receptive people are to the infrastructure,” says Oli, “especially as it’s hidden.”

The Oxford trial will provide evidence and examples for the start-up to develop its product and speed up the transition to EV, which is the goal. “Everyone’s of the expectation that we’ll leave the chargers on the street, continue the relationship and expand the network at the end of 18-months,” says Oli. “And we’ll grow from there.”

Urban Electric is a 2018 accelerator graduate. “We’d set the business up in the first instance and came across Climate-KIC almost by accident,” says Oli. “We’re using our experience as a spring board to do bigger projects like the Oxford trial. Climate-KIC funding helped make the project viable, which is fantastic.”