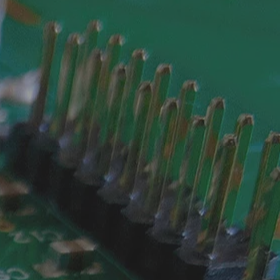 Brill Power develops intelligent technology to increase the lifetime of lithium-ion battery packs by up to 60 per cent while increasing their reliability. In future, it will support grid-scale (renewable) energy storage and help power Electric Vehicles (EVs).

The company was established in 2016, the year before co-founders Christoph Birkl, Damien Frost, Carolyn Hicks and Adrien Bizeray graduated from the EIT Climate-KIC Accelerator programme. The £400,000 they’ve raised from government grants and pitch prize money since then has helped them take the product from idea to pilot project and hire two employees.

Carolyn Hicks, co-founder and head of finance and operations, explains: “The core issue for Brill Power is that batteries degrade over time.

“The simplest analogy to describe this process is a mobile phone. When you first get a new phone, the battery charge lasts a long time. Then it gets shorter and shorter. That lithium-ion battery will only have one cell. But the lithium-ion batteries that power cars or store renewable energy have thousands of cells – a Model S Tesla has more than 9,000 cells. If one set of cells degrade faster than the others in a traditional battery that big, it slows the whole thing down.”

“Our technology is for the bigger batteries,” continues Carloyn. “It assesses what’s going on in each cell so it can draw more power from the stronger ones, and less from the weaker. Basically, we manage the current so that the battery maintains its performance over a longer lifetime.”

“The way we estimate our impact is by the number of batteries that can be avoided – so if your battery lasts 60 per cent longer that’s 60 per cent fewer batteries that need to be produced,” says Carolyn. She also shares an interesting fact: “It takes 454Wh of energy to produce 1Wh of lithium ion battery storage. This means that you need to use a lithium ion battery more than 454 times just to break even on the environmental cost of producing it … so if you don’t use each cell more than that, it’s been a loss for earth in terms of energy”.

A tweet from the 2018 Green Great Britain event says the company’s intelligent control system for lithium-ion batteries has the potential to save 2.3 million tonnes of CO2 by 2022 once it’s in the electrical vehicle (EV) market.

What did EIT Climate-KIC do?

Brill Power was on the 2016-2017 Accelerator programme. Carolyn Hicks says “One of the greatest things EIT Climate-KIC gave us was pitch preparation with Beth Suzanne. My co-founders still bring up what she would say when we’re developing and practising pitches. They’re technical, engineers, and had never had that kind of education. But now they have, it’s invaluable.

“Working with our mentor was also great. He made us truly market-focused and kept pushing – “What is the business model?” he’d ask repeatedly – to get us ready for being a business rather than technology developers.”

Cambond uses biomass to make an eco-resin for products...